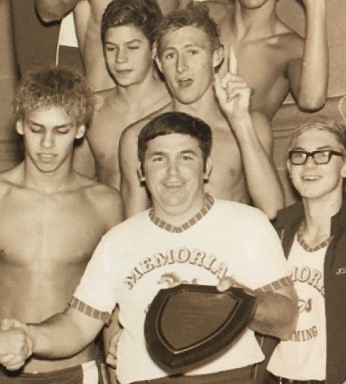 Coach Payne was “one of the only three NISCA coaches to have won five or more state championships in two different states, having won 11 swimming and diving championships in Oklahoma and Texas. Texas Coach of the Year three times and nominated for National High School Coach of the Year. He led his teams to 11 or more regional championships in Texas and five in Oklahoma. Based on times, he led the nation in high school swimming in 1999 and was runner-up three other years. Throughout his career, he coached 141 all-Americans, three of whom set NISCA records, and 60 all-American relays. In 2006, he was awarded the NISCA Outstanding Service Award.” (Source TSDHOF)